The day my father arrived I sailed the boat to Finnhamn, only a short distance from where I was moored. It still took quite some time, in blazing sunshine and with almost no wind. When I finally was moored up I had to take a swim at once.

I was moored at Idholmen a 20 minutes walk from the ferry landing, but my Dad likes walking in the forest so I thought it wouldn't be a problem. Shortly after I arrived, a big Bavaria 36 moored closely next to me. But this is to be expected here, where it is quite deep everywhere and there is a shop and a restaurant as well. Still, the crew was nice and offered me a whiskey for compensation, which I accepted, of course.

An hour and a half later I started to walk to the ferry landing. When I got half way there I realized that I had forgotten my wallet, so no beer at the pub while waiting for the ferry... Anyway, my Dad finally arrived on this slightly less ugly ferry. 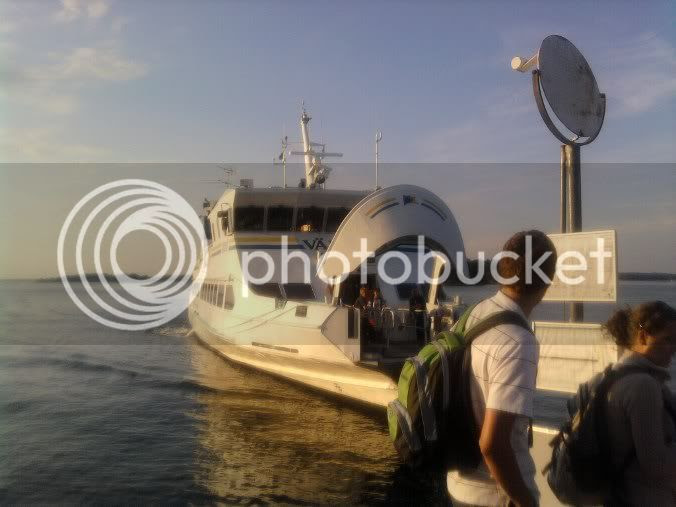 In real "Riddle of the Sands"-style he had not only a rucksack but a hard suitcase which may not have been the best choice of things one would like to carry through a forest - or onboard a boat. But we managed nonetheless.

I had offered my Dad two choices as for destination for the next day: a pittoresque fishing village with a pub or a deserted island with a view of the horizon. Knowing my Dad I was quite sure he would pick the fishing village. So we sailed to Möja.

Winds were very light and we managed to sail about halfway until they died down completely. We then motored the rest of the way, taking the shortcut through the Möjaström passage, which I had never done before. At the entrance to the channel someone was restoring this beautiful vessel. 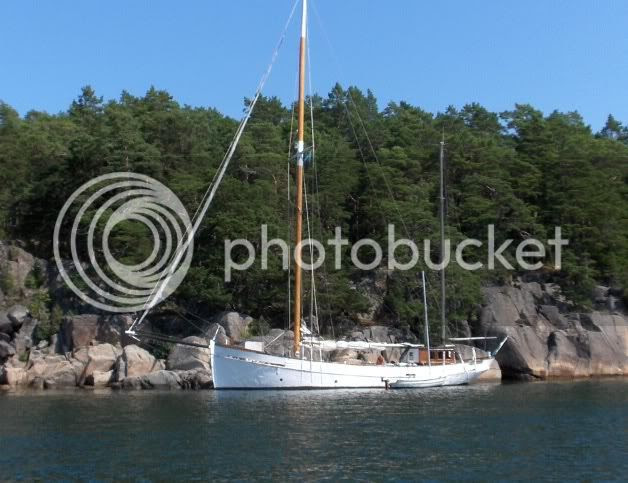 And here is a short clip from the passage.

At Möja we went to the restaurant in order to book a table for the evening, only to discover that it was closed for restauration until 2010. Instad we had a hamburger at a grill at the ferry landing. Later we discovered that the café which only used to sell breakfast and danish pastry now had expanded and even served food. So we went there again in the evening and had very nice steaks...

Before that, we visited the little church. I had never been inside before, despite having been to Möja several times earlier. It is really nice. From the roof hangs a big model ship. Unfortunately I only had the camera in my mobile phone at the time and the light inside was too bad. When I got back the next morning with the proper camera, the church was closed...Oh well, another time. 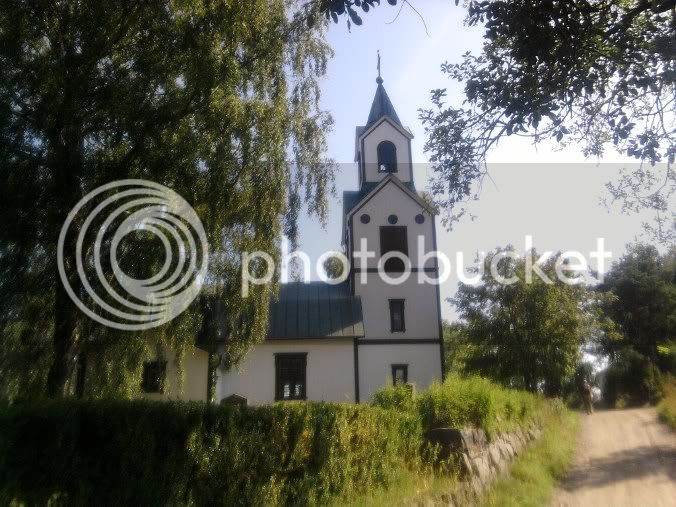 Möja also has a new harbourmaster. 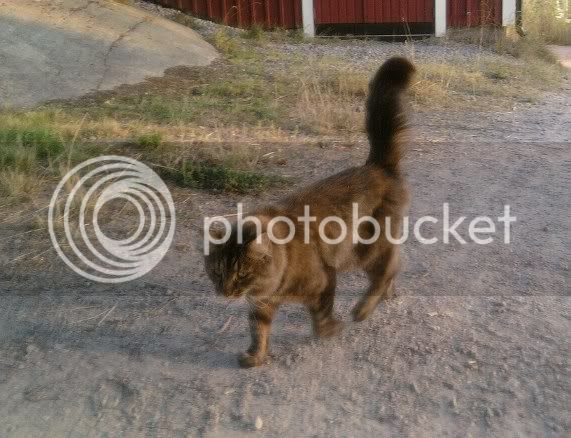 The next day we sailed in a little more wind to Lådna. It's a place I have visited many times and it is always nice to come here and have a swim. My Dad enjoying the water. 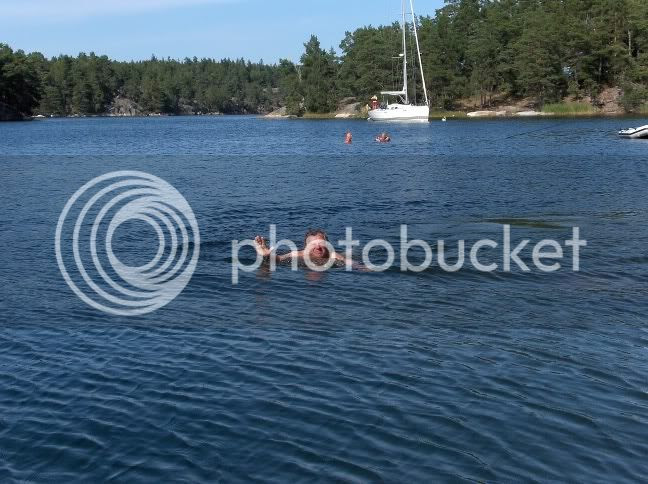 Afterwards he told me that this cruise was the best he had yet. Mainly, I think because of the much warmer weather (it did not rain even once!), but he also liked the food on board better. (Although I cannot remember the food having been worse last year...).

From Lådna we sailed on to Gällnö, another known place from my reports. On the last leg back to town it is a bit difficult to find new anchorages. This time, it being a week-end and very sunny and warm, the achorage was so crowded I did not find a suitable rock to moor at first. Instead I sailed the boat until the keels touched the mud and we could jump into the water and wade ashore. Coming back aboard wasn't as easy though...


We moved to a proper rock later.

Via a short hop to Hästholmen south of Grinda (which my Dad did not like at all as we were moored in shadow from trees most of the time), we sailed on to Getfoten. This time, however we took another route, through Lindalssundet. It's a shortcut, but usually much frequented by wash-making mobos, so I try to avoid it. This time it wasn't so bad and we could sail all the way through. Only the last part, through Vaxholm itself we had to motor against strong winds in an area with much traffic.

Shortly before entering Lindalssundet we met this survey vessel, moving some buoys. 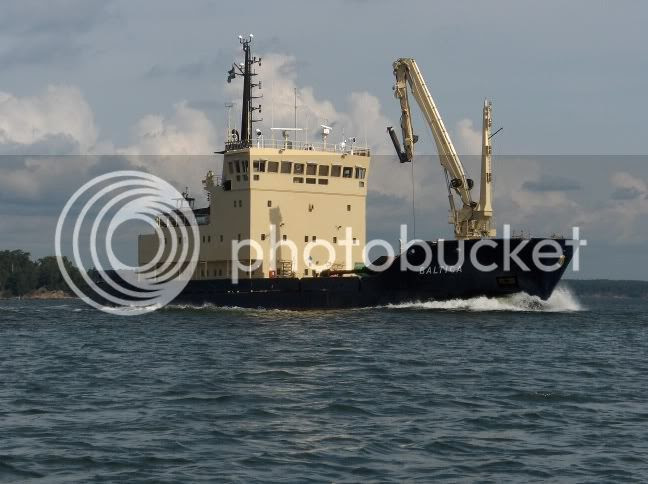 And this nice Dutch boat. 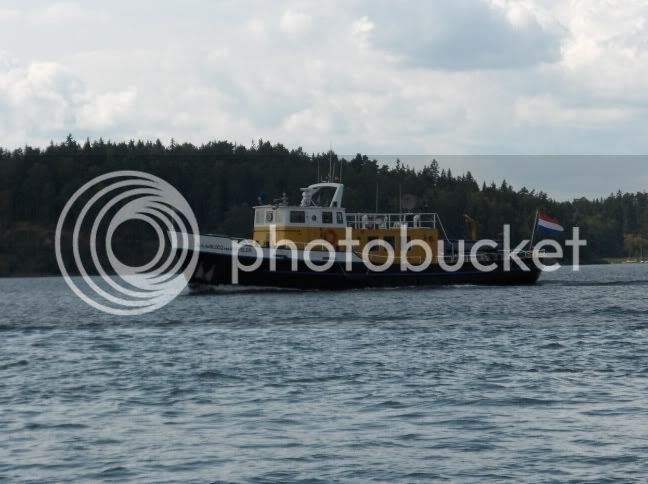 At Getfoten we arrived at the same time as the garbage barge...no nice smell... 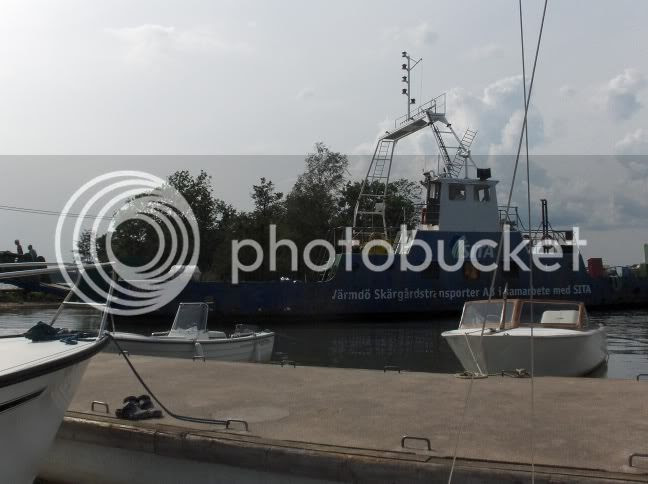 And the boat next to us, a mobo from Uppsala with engine trouble had fixed a tow to a boatyard that would arrive at 0600 the next day. 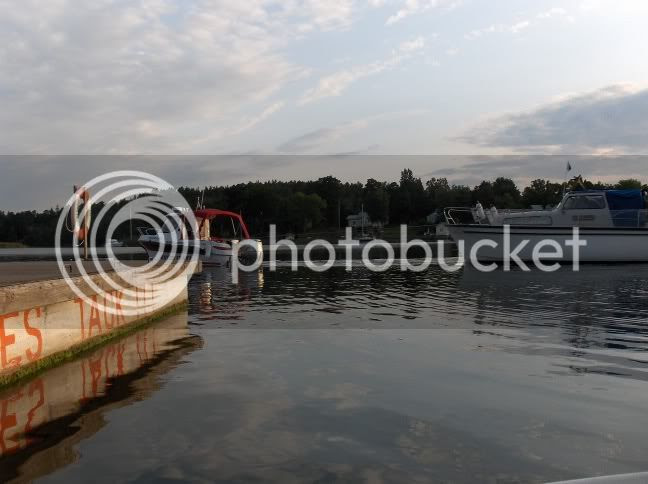 With rain (finally) in the forecast, I thought it was just as well for us to make an early start as well. And so we did, arriving at home just before it started to rain!

After all, this cruise was definitely one of the nicer ones. We did not have to sail in rain once. In the beginning, the winds were a little on the strong side, but as they were from the right direction we could sail anyway. The engine did us good service, and with the old Honda we might not have been able to make good the distace from Söderarm to Blidö in one day, so there is something to be said for a little more horsepower sometimes.

Still we did not use much more than six litres of petrol for the whole trip. As for improvements on the boat, I don't really think there were any this time, although I got a little better at reefing. 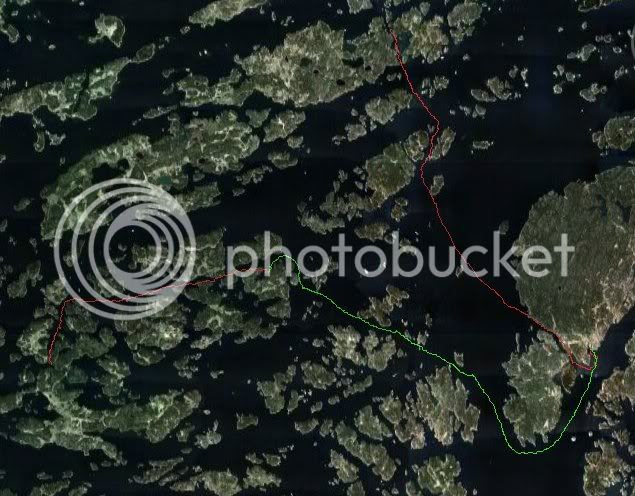 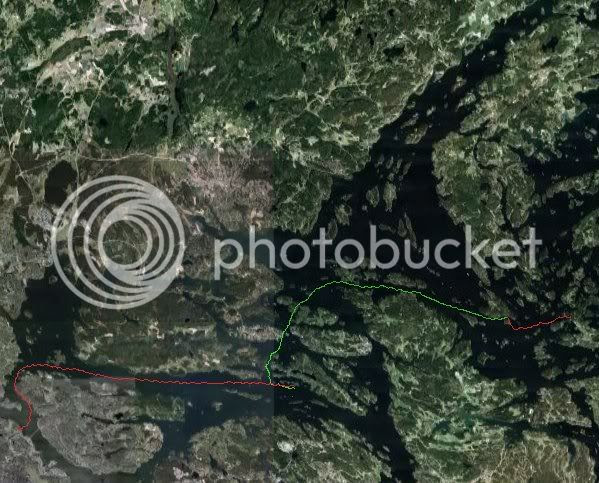