Inside a pair of keels

I got an email from Thomas Swenson with some really interesting pictures from the inside of his Alacrity's keels. Here is his email:

> Hi Jens. Hope your having a good new year. I have
> been sanding my hull and keels. I found the inside
> of the keels are bulged outward and sound hollow.
> they have been dripping water since I brought it
> home. I made a boat stand for it and got it off the
> trailer. I drilled holes in the keels to let the
> water drain out. There was a lot of water in them. I
> think the water freezing made the bulges, so I cut
> large holes were the hollow sounds are. I thought
> the ballast was made of lead, but it seems although
> this is some lead there is also peaces of metal and
> copper pipes. Is this the way it should be? Should
> the inside of the keels be flat? I will try to send
> pictures so you can see what I'm talking about. Any
> advice you can give would be deeply appreciated.
> Tom

And here are the pics: 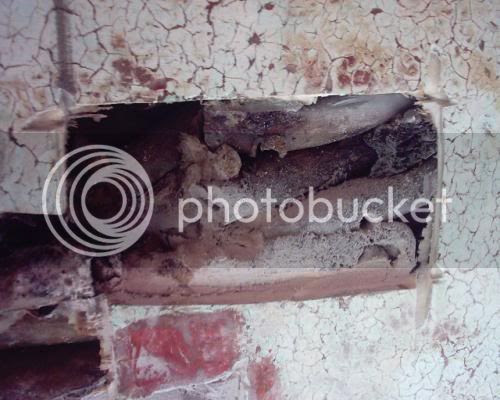 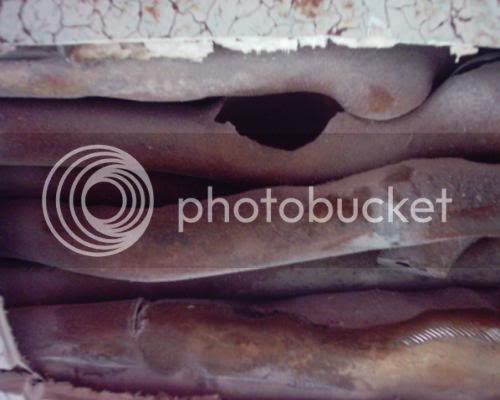 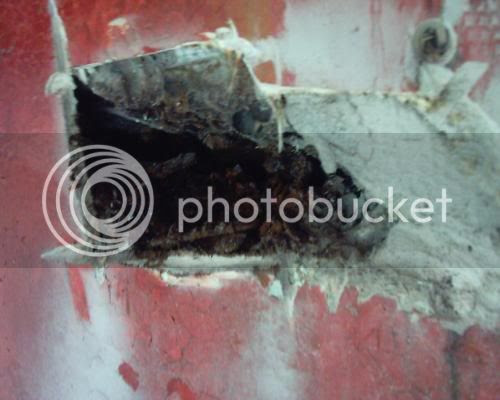 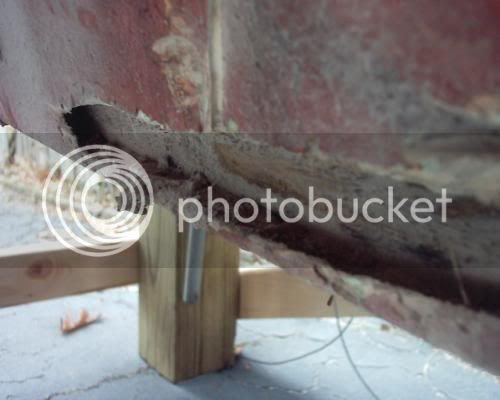 > Hi Jens. Doing more keel work, I found the pipes
> that I had thought were copper are lead. Some still
> had water in them. The dark gray area in the second
> picture is metal pieces that are wet and corroding.
> I plan to replace them with lead and seal it back in
> the keel . that's that's all still in the planning ,
> but I had to empty the keel to dry it out. The
> outside skin of the keel may need to be removed to
> make it straight. It has a slight bow in it. I'm not
> sure if it should be there? 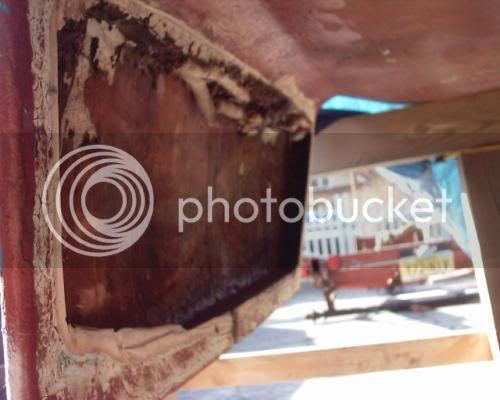 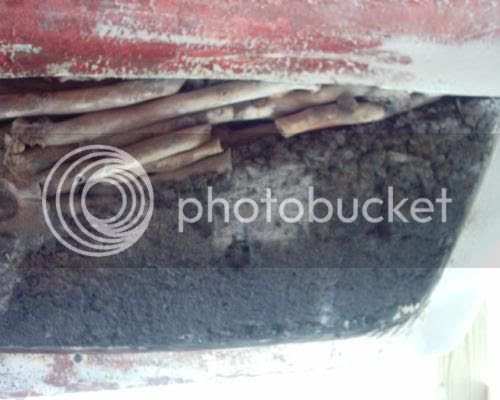 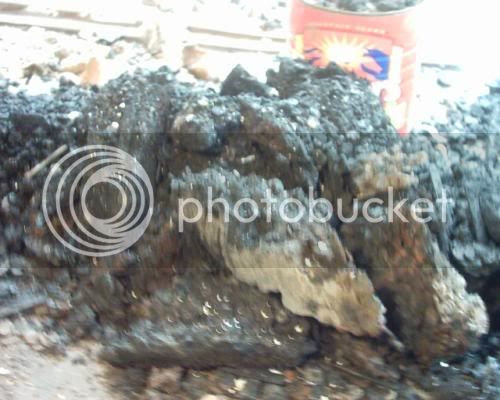 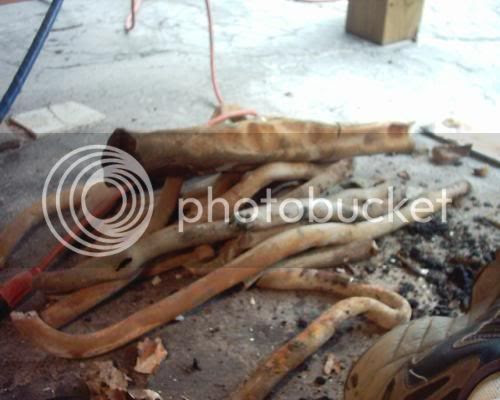 This year must have been one of
the warmest midsummer week-ends for ages. At least the beginning of the
holiday. So a friend and me decided to sail to Grinda island about halv
way out into the archipelago and meet an English friend who had bought
a wooden folkboat here in Sweden and was sailing it and living on it
during the summer.

We left from work at 1300 Thursday and after some shopping we were out
of the harbour 1500. It was warm and sunny and we had a following wind
almost all the time. The water was busy with pleasure boats heading out
for midsummer and we also encountered a lot of commercial shipping. 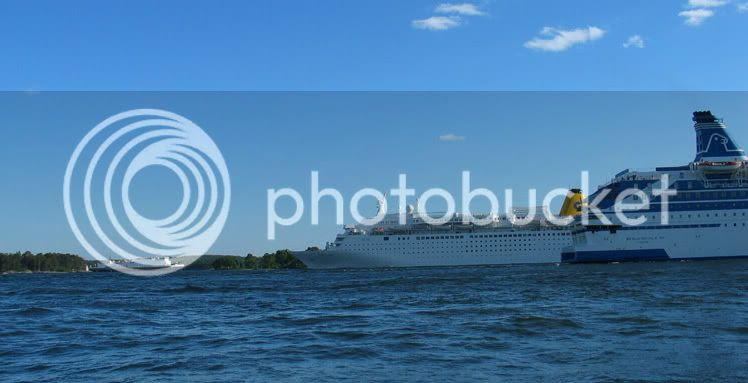 The passage past the city of Waxholm with it's famous castle is always
busy and especially so on a holiday like this. I had been prepared to
use the motor if the passage would entail too much tacking, but the
wind was nice to us and we could sail through without any tacking at
all. And I did not forget that I promised pictures of the castle in
last summer's cruise report, so here they are.First the seaside view of
the city.

And the castle itself. 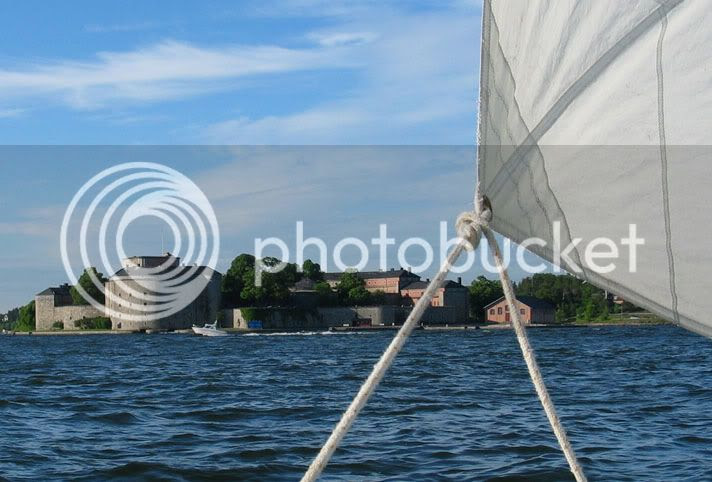 This time we did not chose the bumpy shortcut through Lindalssundet
with all the powerboats, but sailed quietly north of the islands having
a good time. About half a mile short of our destination, however, the
winds got very fluky and eventually died down completely, so we used
the engine for the first time that day. We arrived at Grinda about 2200
and then, it being Sweden it was still full daylight.

Stephen, our English friend was already there. Here is is coming over
in his dinghy for a late dinner. Note the light, it is now about 2230. 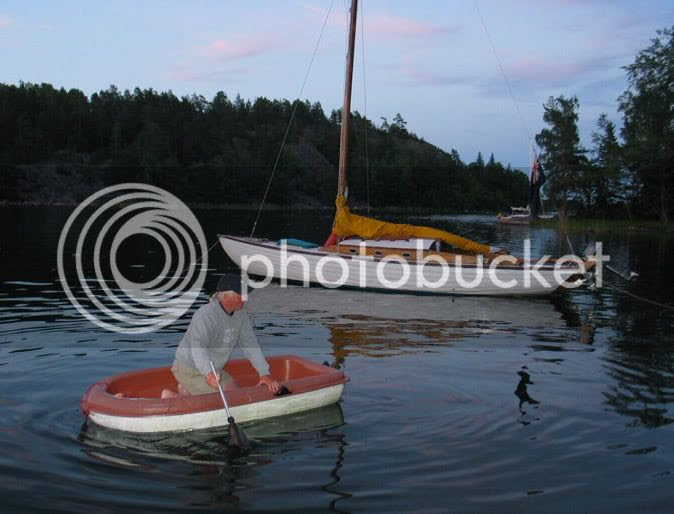 Midsummer's eve we spent at Grinda and took our dinghies across to the
island from the anchorage and had a look at the midsummer's
festivities. Unfortunately there weren't any. Only a lot of drunk young
people. We had a couple of beers at the marina, which is not a very
good one in a westerly wind (the marina, not the beer). Very bumpy, and
all the powerboats zooming around don't make it any better.

So we were quite content in our anchorage which also was for free...

Here are some nice cottages on Grinda which are for rent to summer
guests. 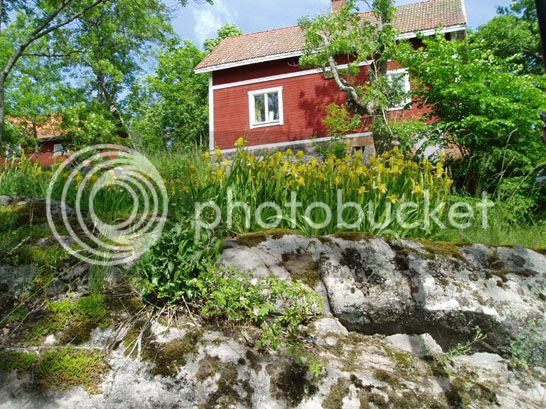 When we came back to the beach our inflatable dinghy had lost some air
and looked a bit sad. It was not considered seaworthy enough to take
two people across so I paddled over myself to pump it up again and then
come back for my friend while Stephen would use his own dinghy.
However, when I reached Discovery I realised that the stern anchor was
dragging in the incresing blow and having to reset it in any case I
chose to unmoor and take her over to get my friend instead of paddling
across one more time.

Here I am advancing in the mildly deflated dinghy. 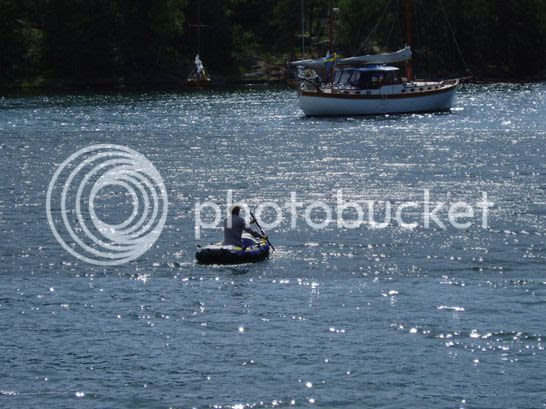 In the evening we had a traditional Swedish midsummer meal with sill
(herring), potatoes and fresh strawberries for desert. Unfortunately I
had cought a cold and was so tired I did not even touch the whiskey... 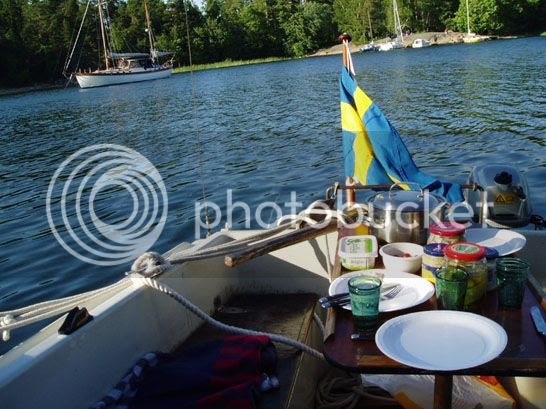 Here is a bonus shot of the boat's bow and the clear water. 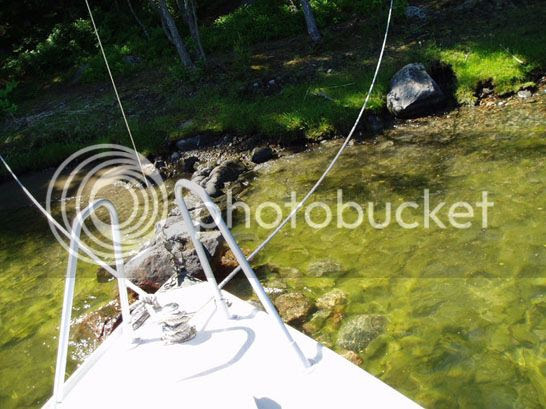 The next morning at 1000 we left for home despite a steady drizzle and
dark and overcast skies. But the forecast was of north-eastery winds
and reasonably strong ones too, so we would take the opportunity of a
fast ride home. This was a success. We did get very wet and cold, but
did cover the distance to Waxholm castle in record time, making never
less than 4.5 and often nearly 6 knots despite we were pointing as high
as we could in the beginning.

Later we had a decreasing following wind and thus made it for home at
exactly 1600, in record time. The boat did like the rougher, blowier
and a bit more "english" chop of the first hours very well. There was
some spray over the bow but we would have been quite dry in the cockpit
if it had not been raining of course.

We were sailing under jib and full main in the begining in at least 20
knots of wind, and changed to the bigger genoa when the wind was
decreasing later. No photos were taken during the trip back though.

(Note: the last four pictures were taken by Mari Höijer).
Posted by jenku at Thursday, January 11, 2007 No comments: