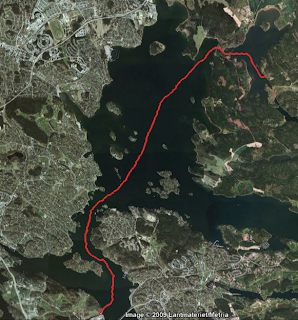 (<---- click to zoom) The weather has been warm and sunny for over a week now, so I just had to grab the opportunity. I left for the boat directly from work on Friday, 3 pm - by tube as it would have taken longer to go home first, get the car and drive to the club. However, the tube station is about a 20 minutes walk from the club so I got to the boat well exercised... The wind on my way out was mostly on the nose, but not too strong so I made good progress. Still it took some time tacking my way up to the narrow inlet into Kyrkfjärden, a very nice anchorage in almost any wind direction. The narrow passage itself I had to motor through. Its depth is 1.5 metres at normal level according to the chart, so I guess with the water level down after a week of high pressure, I may have had a little more than one metre of water under my keel. Here is a video from the passage itself.

When I got out on the other side I realized that the anchorage was full of boats. I have never been in here during high summer so I had not really expected this. Especially the spot where I ususally moor up was occupied by several mobos. However, as I looked around a little I found a perfect little spot, a rocky beach in miniature right in the reeds. Nobody was there as people tend to seek out big rocks where they can sunbathe or have barbecues. Not little rocky beaches in the reeds. However this one was perfect for my purpose. There was no wind either, so the boat did not drift at all when I carefully nosed up to the spot, stepped ashore and put lines to trees in the usual manner. I then hauled the boat out quite far on the kedge in order to be out of danger if there was any swell from mobos. And sure it was! When will they ever learn to go slowly when there are moored boats? 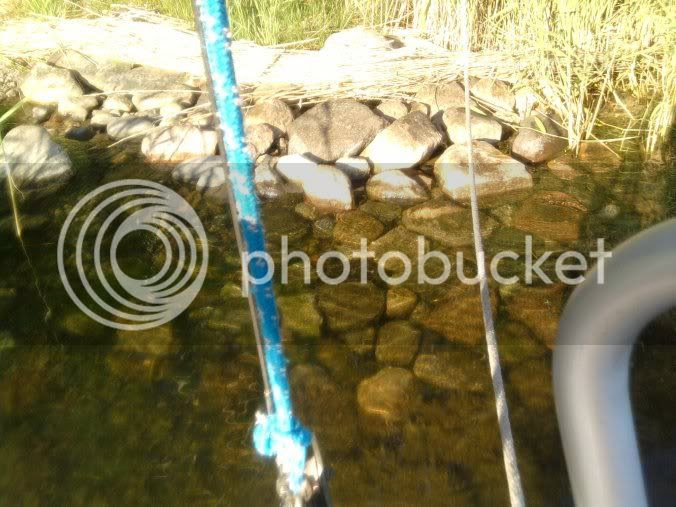 Anyway, I had reasonable privacy, next neighbour was a sailboat with a family of four (biggest sailboat I've ever seen in there, but it was a First so probably has a lifting keel), about 100 metres away. They indeed proved to be quite entertaining when father and daughter got their wind surfer gear out... 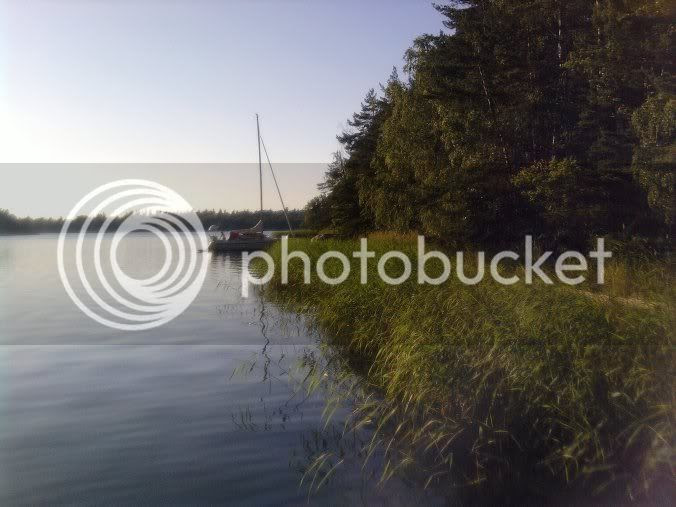 The night was calm, but in the morning the wind veered into the north and got up a little. This did not affect me, but probably had if I had gone to the usual spot. In fact quite a few boats left early. Myself, I stayed until lunch and then sailed home with a following wind so I did not have to tack at all. Well almost. I got back to the club mid-afternoon. 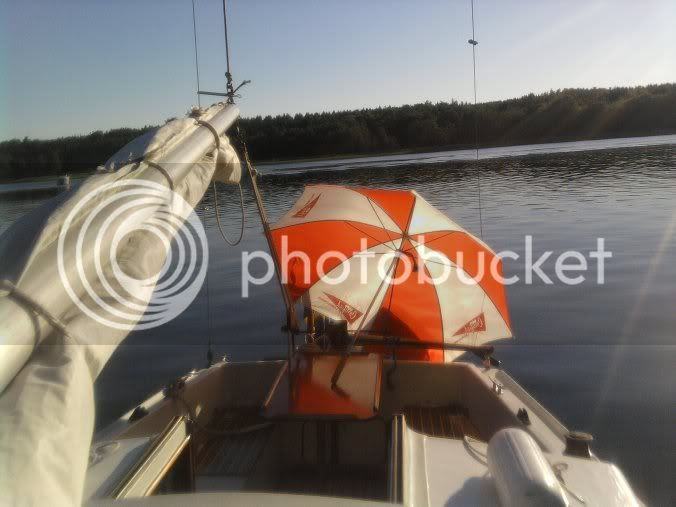 I have set up an experimental twitter-feed for the tag #alacrity19. You can see it in the right column on this page. I thought it may be useful when I am on my summer cruise, as it's easy to update twitter by mobile phone.
However, if you are using twitter and want to share something, just ad #alacrity19 to your tweet and it will show up here eventually as well. Be aware though that updates are quite slow.
Posted by jenku at Friday, June 26, 2009 No comments:

It finally stopped raining so I decided to do som deck painting. As the boat is in the water I cannot paint all of it though, so I decided to start with the coachroof and an area around the mast. I even used masking tape this time in order to get a reasonably straight edge. (Which I did not do last time I painted the coachroof a few years ago...). 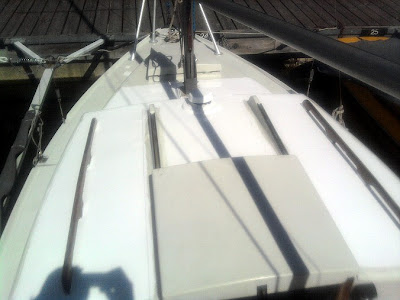 Now three hours later it looked like this. Then there were some drops of rain and I went home. I only hope the paint had dried enough in case it's raining more. Oh well... 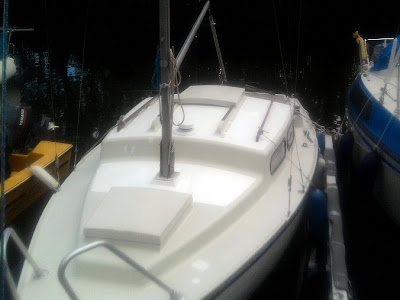 You can see some white dots on the port side in the last pic. This isn't paint but old gelcoat filler. It may very well the next area that gets painted.
Posted by jenku at Sunday, June 21, 2009 No comments:

It has been raining up here more or less continuously since Friday. I am sure this is because of me finally having become mentally prepared to paint at least parts of the deck. Oh well...
Posted by jenku at Sunday, June 14, 2009 No comments: