The Restoration of "Poppy"

Another bump of an article from the old site. This boat is just too beautiful to not be admired once again...

Simon Harison's "Poppy" is the best documented wooden Alacrity I have ever seen pictures of. As can clearly be seen the means of construction make for big differences between this and the later fiberglas versions of the boat. Most prominently the differences can be seen in the keels. However, the fact that this Alacrity also has a skeg is due to her once having been fitted with an inboard engine and not the plywood design. And once in the water the differences almost disappears.

In March 2001 we took Poppy out of the water for a repaint. The topsides in the
starboard cockpit area were found to be damaged by rainwater running off the seat
and being trapped behind an epoxy fillet on the locker bulkhead. This was a poor
quality ‘repair’ carried out by a previous owner. This was rectified using Khaya
mahogany laminated into the hull and progressively overlapped onto the sound hull to
form a strong bond. The job turned into a full repaint of the boat including epoxy
coating the entire surface of the hull inside and out to fully protect the boat against
future water damage. All major equipment was either replaced or refurbished at this
time-see inventory. Below is a series of pictures showing the progress of the work. 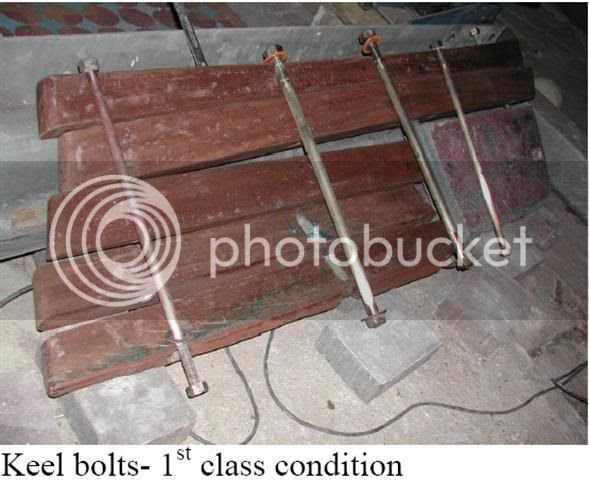 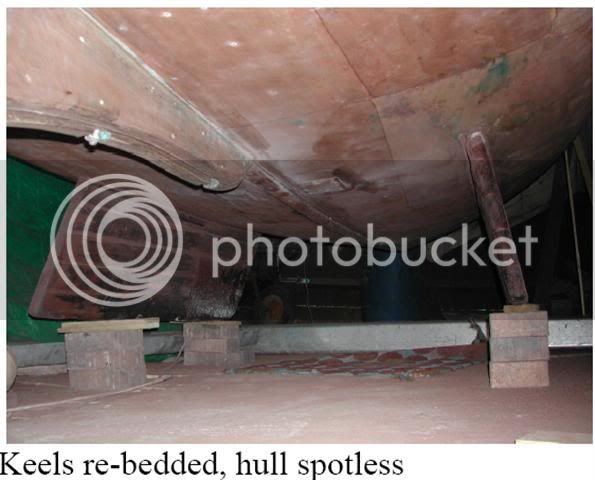 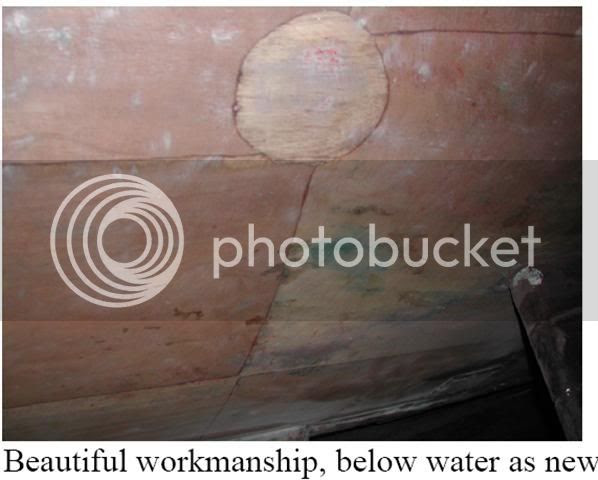 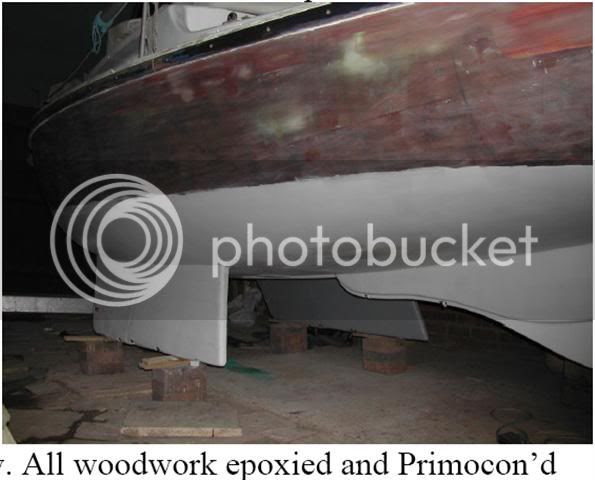 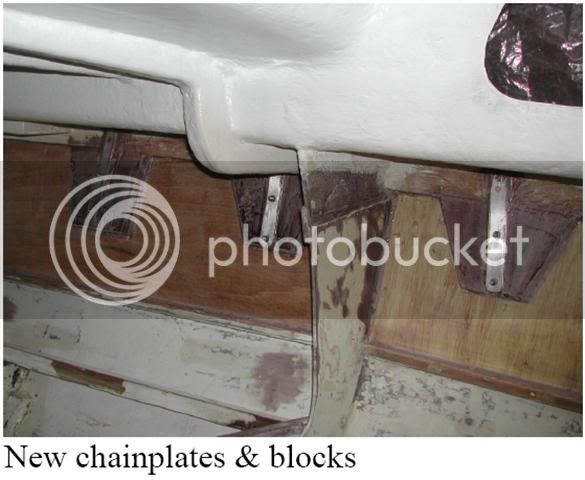 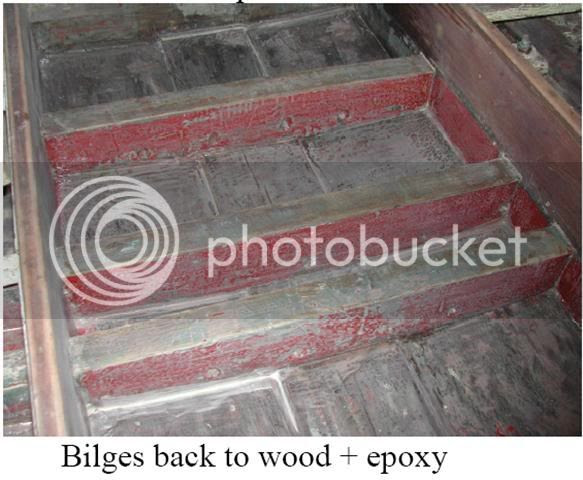 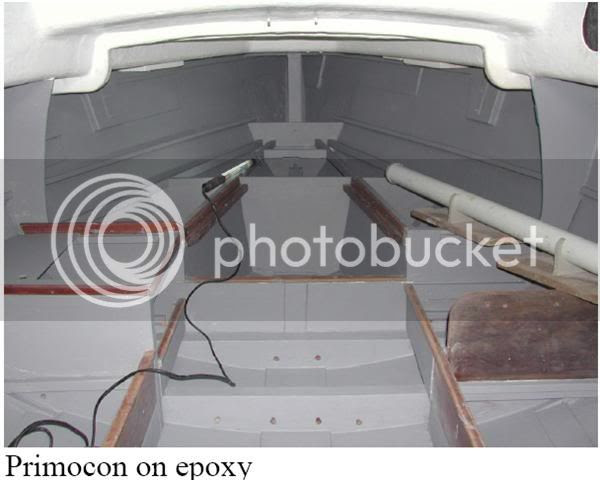 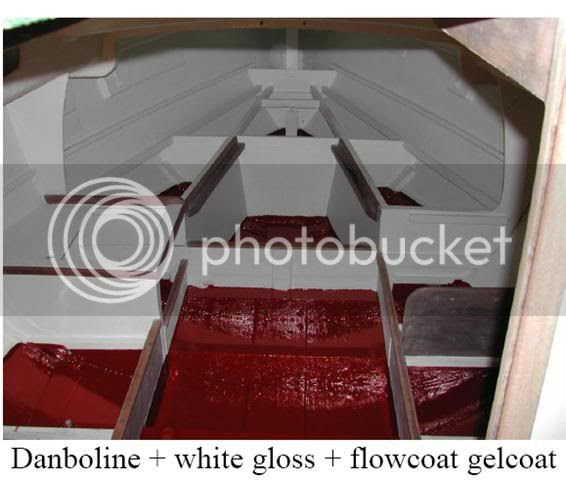 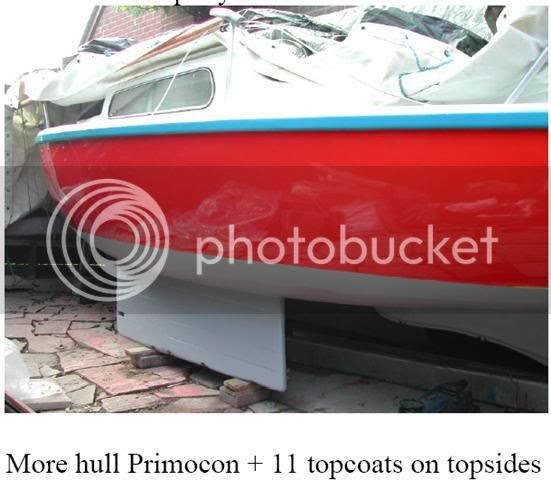 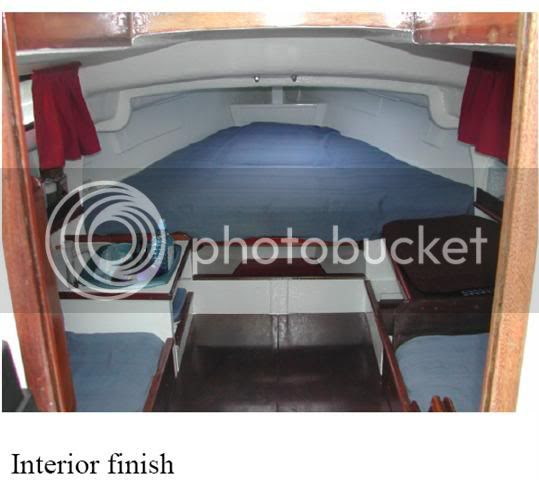 When we re-launched we took a swinging mooring at Davis’s boat yard in Poole from
which we have enjoyed three seasons sailing around Poole, Swanage and
Christchurch. We have also been on two summer holiday cruises around the Solent,
staying on board for 12 days each time, visiting Christchurch, Yarmouth, Keyhaven,
Cowes, Bembridge and Port Solent." 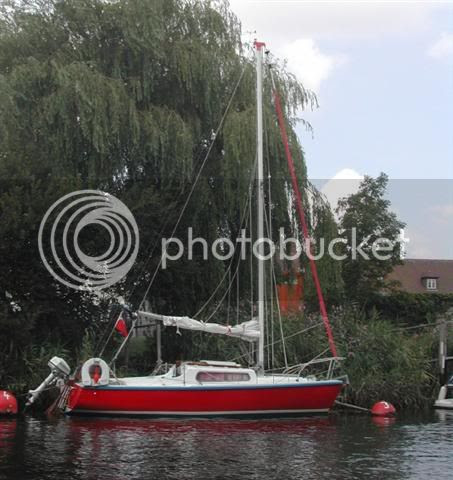 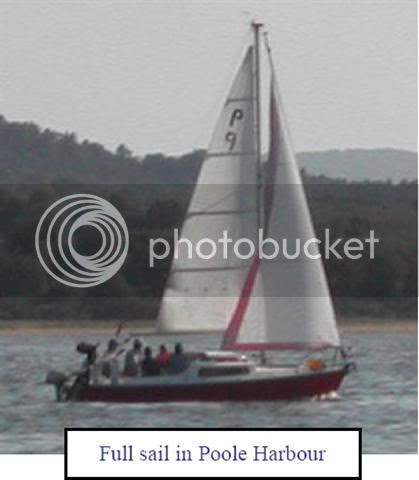 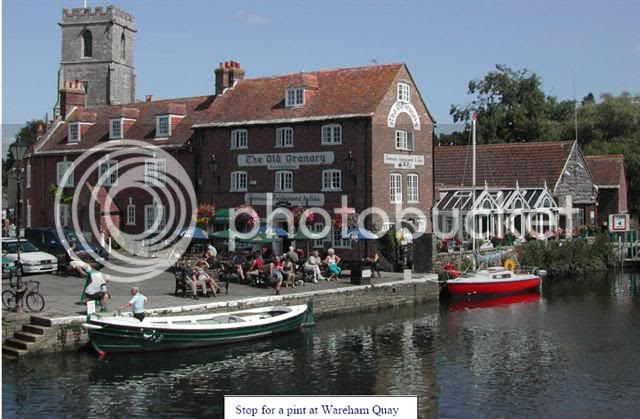 Poppy’s trailer is custom made from a German Al-Ko caravan chassis and separate
launching/recovery dolly. This means that the trailer with its delicate brakes and
wheel bearings never has to enter the water. There are ramps on the trailer and a
winch, which allow the boat to be rolled into the water and pulled out under full
control. 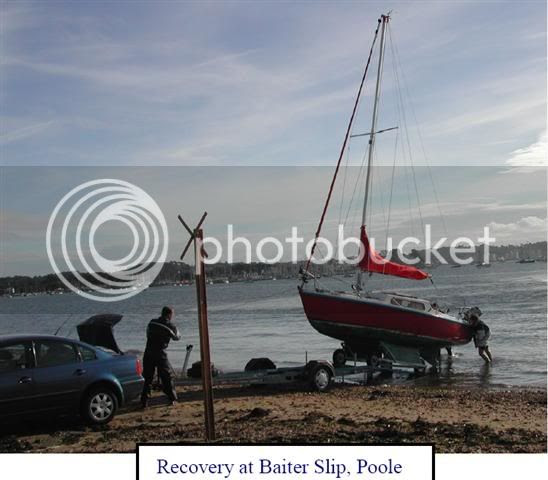 An Alacrity with a lifting keel?

This is one of the posts I am transferring from the old site. However, as I find it quite interesting, I thought I'd bump this post up a little instead of hiding it in the archive. Maybe someone has any ideas about this boat now...

I got an email from Nick Bamer from the UK telling me about the boat he bought. He thinks it is an Alacrity, but it does not have twin keels but a lifting keel. A further examination showed that the boat also has a well for an outboard engine in the cockpit. The mast has been moved aft by some two feet or so and is now located at the same spot where the original configuration has the cabin roof vent. 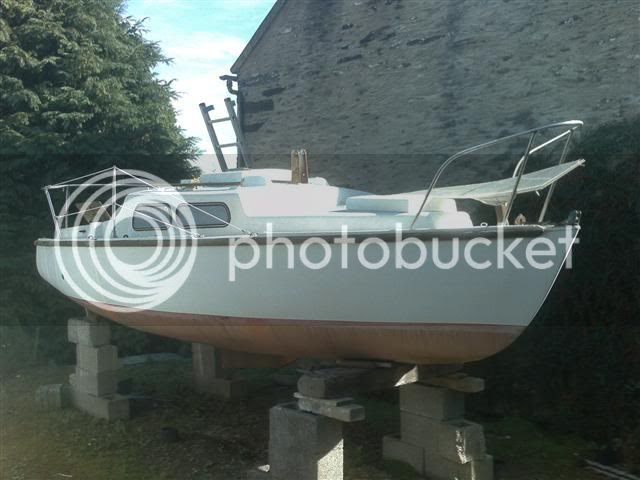 Now, this surely does look like an Alacrity, does it not? Except for the keel of course. 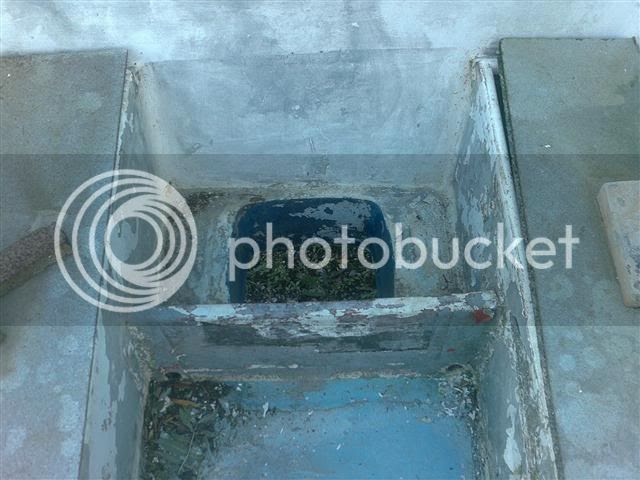 This is the outboard well. 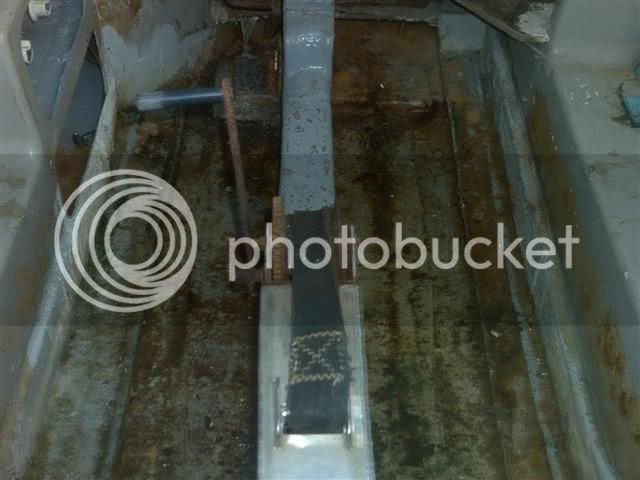 The centerboard or liftting keel case. Now, this pic also shows that the bunks are made of fiberglass and not wood. This does, in my opinion, indicate that it could in fact be a Vivacity and not an Alacrity. Still the former owner did state the boat's length at less than 19 feet, which is Alacrity size. The Viv is to be 20 feet long. 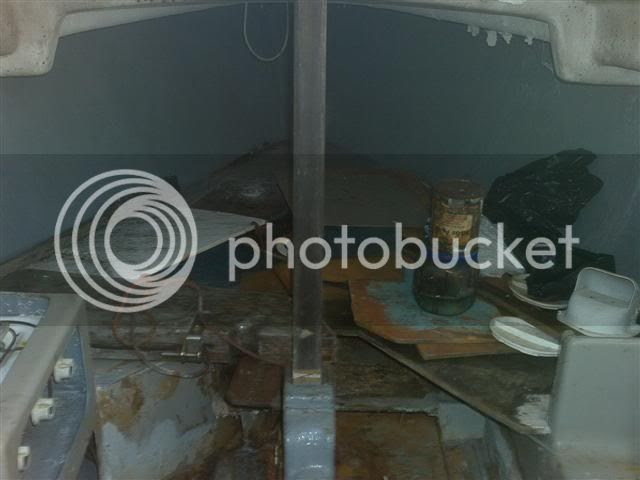 The forward part of the cabin. A double berth, again, making a point for the Vivacity case. 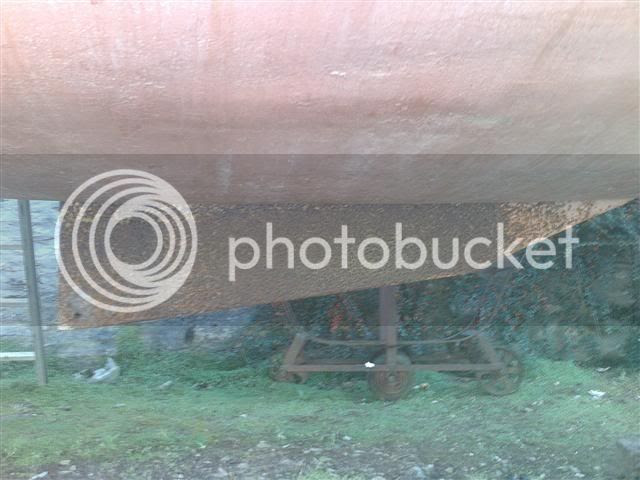 Finally the liftting keel. This of course does not help to indentify the boat. It could still be a Vivacity (remeber that the Viv did come in a fin keel version as well, while the Alacrity did not). However, the boat could also be some totally different prototype by Russel Marine, that never got into production.

Now, if anybody has any idea or more information about this particular boat, or any knowledge about any other Alacrities or Vivacites having been made in a lifting keel configuration, please do tell us!
Posted by jenku at Saturday, July 11, 2009 2 comments:

Geocities, which hosts the original Alacrity site is shutting down in October. I am currently moving as much as possible of the original content here. However, I won't publish it as new posts. Instead it will all be filed under the "archive" tag as well as the relevant tag (cruise report, reader's boats and so on), in order to not clutter the blog with old content. The posts will all have a publishing date of 2007 (before this blog started).

There may be some content that is going to be lost, I am afraid. So have a last look at the original site, while you can!
Posted by jenku at Friday, July 10, 2009 No comments: